LFW is pleased to report that the IOLTA program continued to see gains throughout the second quarter, April – June 2017. IOLTA revenue totaled $524,398 for the quarter – a 5% increase over the second quarter of 2016. As a reminder, IOLTA revenue is generated through interest earned on lawyers’ trust accounts and remitted to LFW to distribute to legal aid programs. As in previous quarters, larger cash balances driven by the strong real estate market have accounted for the increases rather than any movement in interest rates. Despite the Federal Reserve’s approval of two rate hikes earlier this year, rates remain relatively unchanged. 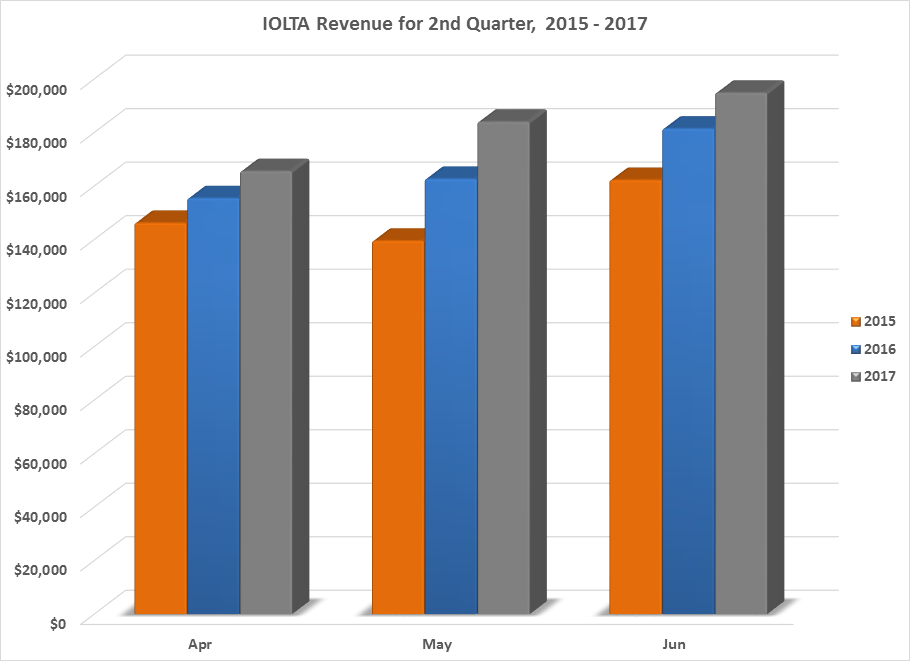 The comparability rule, adopted by the Washington Supreme Court in 2007, requires Washington lawyers to maintain their client trust accounts at financial institutions that pay an interest rate equal to or better than other business accounts. We recently conducted an audit of the financial institutions participating in the IOLTA program, and through our analysis, we found nearly all banks are in compliance with the rule. However, interest rates on IOLTA products and non-IOLTA products alike remain well below the Fed’s current target rate of 1.25%. The banks holding the majority of deposits within the IOLTA program carry rates ranging from 0.10% – 0.20%. In short, it appears interest rates will remain low until several Fed rate hikes encourage competition for deposits among banks, which should result in higher interest rates.

In related news, the Supreme Court approved a rule change to CR 23 to increase the percentage of class action residual awards from 25% to 50% to be disbursed to LFW to support civil legal aid programs. LFW is actively working to communicate the change, effective September 1, to judges throughout the state. Although we are unable to anticipate receipt of this type of funding, LFW hopes that the increased allocation will help with our funding shortfall. LFW received one award this quarter totaling $8,318, bringing cy pres year-to-date revenue to $169,454.

If you have any questions about our second quarter revenue, please contact us.