As a reminder, LFW distributes funding for legal aid in Washington State that originates from a variety of sources: private donations to the Campaign for Equal Justice, residuals from class action lawsuits – known as cy pres awards – and money generate from the interest on lawyers’ trust accounts (IOLTA) program, to name a few.

We are happy to report that in the first quarter of 2017 we saw a 15 percent increase in IOLTA funds compared to this period last year. 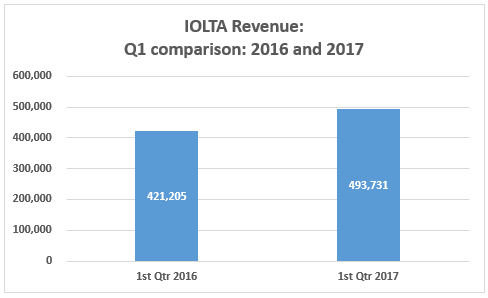 Our state is enjoying a strong real estate market, and over half of the IOLTA receipts were garnered from funds held in escrow for real estate transactions. This increase is due to the existence of more funds held in IOLTA accounts rather than an increase in interest rates paid by banks.

Although the Federal Reserve twice raised interest rates 0.25 percent in December and March bringing it up to 1 percent, many banks have not raised interest rates paid on their IOLTA accounts. LFW is working with banks and financial institutions to ensure their compliance with the Comparability Rule, which requires banks to pay the same rates on IOLTA accounts as they do to high-yield business accounts. We are pleased to report that the vast majority of banks are strong partners in supporting the IOLTA program.

LFW is also a recipient of cy pres awards and distributes these funds to legal aid organizations. LFW doesn’t budget for these funds in advance because they are unpredictable: annual award totals have ranged from $19,332 in 2007 to $15.5 million in 2013.

Overall in 2016 LFW received $2 million in cy pres awards and so far this year has received $161,136. Last fall, the LFW Board of Trustees asked the Supreme Court to enact a rule change that would increase the portion of future class action residuals earmarked for distribution to legal aid organizations through LFW from 25 to 50 percent. After a six month public comment period, the Court is expected to make a decision on the rule change in June.

In other news, the Endowment for Equal Justice continues to make progress on its Reach 20 Initiative to raise the fund to $20 million by 2020. If you are interested in contributing to one of the largest legal aid endowments in the country, please considering joining the Justice Society, a planned giving program for those committed to ensuring access to justice in Washington in perpetuity.

And finally, we are pleased to report that LFW’s Campaign for Equal Justice has raised $609,000 toward its $1.4 million goal for 2017. Please check out our events page and join us for a Beer & Justice happy hour this summer!