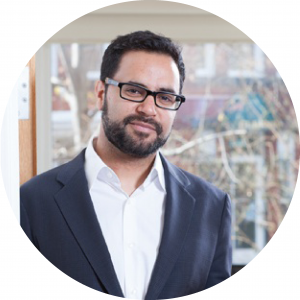 Deepak Gupta is a lecturer at Harvard Law School and the founding principal of Gupta Wessler PLLC, where he focuses on Supreme Court, appellate, and complex litigation with an emphasis on consumers’ and workers’ rights, class actions, and constitutional law. Over the past year, Deepak Gupta’s firm defended nearly $1.5 billion in class-action relief for consumers and workers; won major victories against the Trump Administration over dark money and the President’s conflicts of interest; helped raise the minimum wage for thousands of airport workers; and successfully preserved the constitutionality of common-sense gun laws.

Deepak regularly appears before the U.S. Supreme Court, has handled appeals in every federal circuit and eleven state supreme courts, and has testified multiple times before the U.S. House of Representatives and the U.S. Senate. Earlier this year, Deepak had the honor of arguing at the invitation of the Justices, in support of a judgment left undefended by the Solicitor General. He’s the first Asian-American ever to receive such an appointment from the Supreme Court.

Deepak was Senior Counsel for Litigation and Senior Counsel for Enforcement Strategy at the Consumer Financial Protection Bureau. As the first appellate litigator hired under the leadership of Elizabeth Warren, he launched the Bureau’s amicus program, defended its regulations, and worked with the Solicitor General’s office on Supreme Court matters. For seven years previously, Deepak was an attorney at Public Citizen Litigation Group, where he founded and directed the Consumer Justice Project and was the Alan Morrison Supreme Court Project Fellow. He previously worked at the U.S. Department of Justice’s Civil Rights Division, the ACLU’s National Prison Project, and Americans United for the Separation of Church and State, and served as a law clerk to Judge Lawrence K. Karlton of the U.S. District Court for the Eastern District of California.

Over the years he has received numerous accolades, including the President’s Award from the National Conference of Bankruptcy Judges. He sits on the boards of directors of the National Consumer Law Center, the Alliance for Justice, and Stable. He is on the legal affairs committee of the American Association for Justice and the advisory boards of the People’s Parity Project and the University of California’s Civil Justice Research Institute. His publications include Arbitration as Wealth Transfer, Leveling the Playing Field on Appeal: The Case for a Plaintiff-Side Appellate Bar, and The Consumer Bureau and the Constitution.